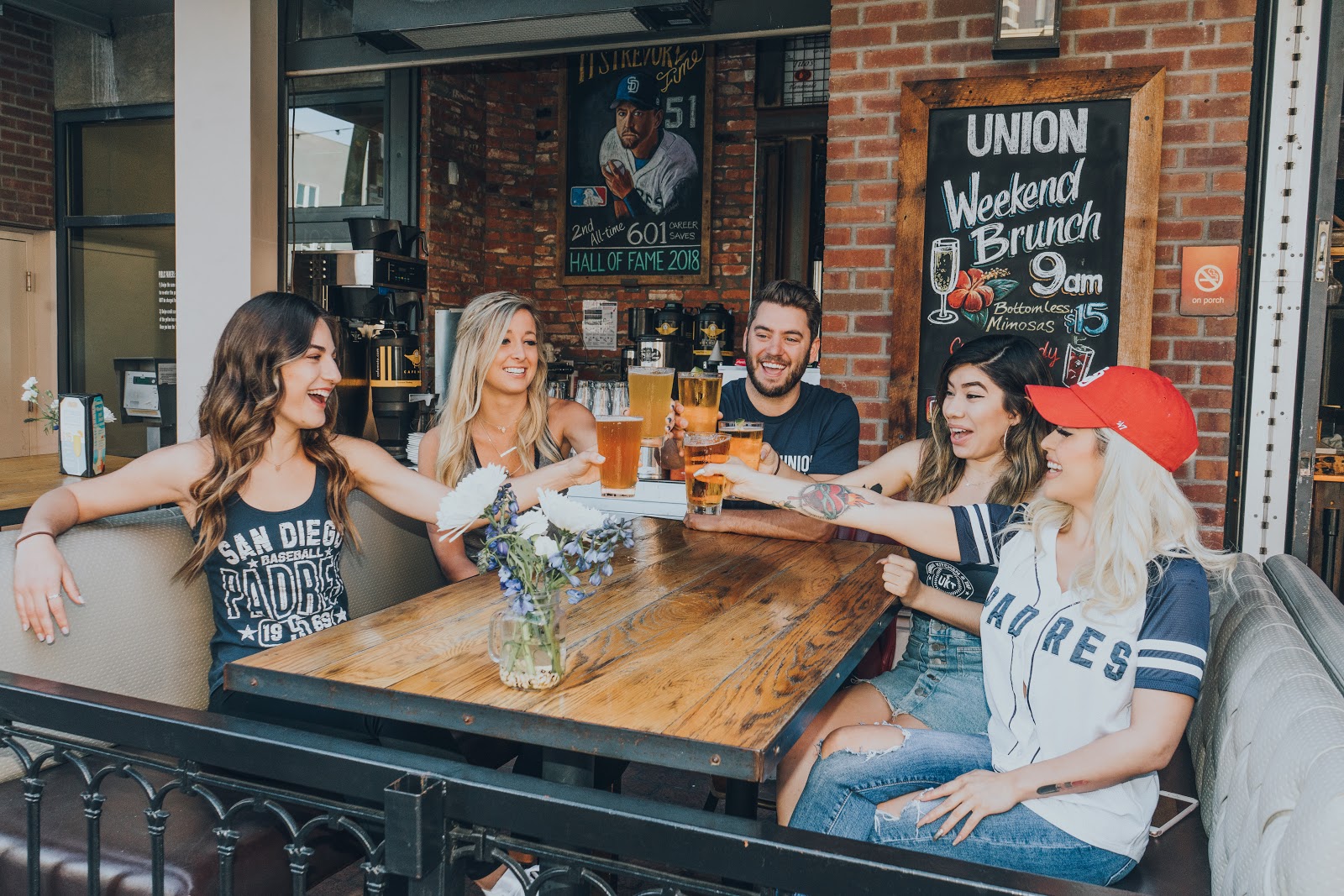 Gaslamp Quarter. With the San Diego’s baseball team holding the number two spot in the National League West, it’s a great time to be a Padre’s fan!
With plenty of games left in the season, consider Union Kitchen & Tap Gaslamp your one stop shop for all your pre- and post-game needs. If the Padres are playing away, we’ve got a multitude of flat screens playing every game so you don’t have to miss a single at-bat. When they’re on their home field at Petco Park, stop in at Union located just blocks (within walking distance) from the stadium for pre-game bites & libations. In honor of our amazing home team, we just released a new addition to the menu: The Padre Burger. This burger consisting of an all natural half pound patty with chipotle lime aioli, tajin, queso fresco, roasted jalapeño, pickled onions, cilantro, and is served with house seasoned frites, is sure to whet your appetite!
We hope to see you all at Union during this most magical time of year; baseball season! Go Padres!! ⚾🧢